The Fight Against Forced Marriage

Aneeta Prem addressing Cambridge university on forced marriage. Freshers’ Week in Cambridge has just finished, and along with it another round of Consent Workshops, made a compulsory part of many Colleges’ Freshers’ Week programme last year. In a new development this year, the Cambridge Union is set to run a ‘Consent and Marginalised Group Forum’. At last it is becoming harder and harder to be ignorant of consent issues.
Despite this, there are still many problems related to consent which we at the University remain collectively less aware of. One of these is the issue of forced marriage.
Last Thursday, Aneeta Prem addressed The Beard Society, a feminist discussion group at Peterhouse, Cambridge. She is the founder of the Freedom Charity, which campaigns against forced marriage, dishonour-based violence and female genital mutilation.
So how does forced marriage relate to the topical issue of consent? To quote Prem, ’If you have not consented to marriage, you have not consented to any sexual activity within that marriage. It’s rape every time.’ Along with sexual violence, forced marriage can lead to domestic violence, slave labour and suicide, as well as numerous other forms of abuse.
The involvement of parents or relatives in the choosing of spouse is not necessarily problem, provided it is sought by the person wishing to get married. You would be introduced to various candidates, but saying ‘no’ must always be an option. Where it is not, the marriage is a forced one, and we must fight for its eradication as a phenomenon.
The stereotypical case of British forced marriage is probably familiar to you. An unsuspecting and often underage schoolgirl is taken abroad for a ‘holiday’ and never returns, having been forced into wedlock.
This happens a lot more than you might think. One of The Beard Society’s committee members was told during her time on her School Council that senior teachers at the School suspected there to be on average three forced marriages a year. This at a 4000-pupil school in Richmond – not perhaps the most prone locality.
But it’s not just an issue for women – men too face such coercion, with boys who tell their families of experiencing same-sex attraction most at risk. Nor is it a phenomenon confined to the teenage years. We were told about one case last year in which the Freedom Charity helped a woman leave her family and establish a new identity on the day of her graduation. A degree – and an Oxbridge degree especially – has a certain cache in marriage negotiations, so the final year of university is a particularly high-risk period.
The motives of those who force their relatives into marriage are manifold. Often there is one figure in the family who is particularly zealous in enforcing the custom of forced marriage. This may be the father, or increasingly, a brother or cousin in his early 20s. Worryingly, these young men have usually spent their lives in the British educational system up-to University level.
In one memorable anecdote, Prem described a discussion with a taxi driver who she talked to about forced marriage after her job came up. She asked him about his views on his daughters’ prospects. He didn’t believe in forced marriage, he said. ‘They can marry whichever of their first cousins they like.’ These first cousins were still living in poverty in Pakistan. Once the marriages were complete, the cousins would be able to get visas and move to England to become taxi drivers like him. He was adamant that this did not constitute forced marriage. When asked about the possibility of his daughters refusing, he expressed a steadfast belief that they would never disobey him. But neither tradition nor impoverished relatives can justify the violation of the victims’ fundamental human rights.
Critiques of cultural imperialism, so fashionable of late in feminist circles, have been useful in many contexts. Nonetheless, it must be stated without hesitation that no religious belief, ethnic tradition, or cultural practice, however hallowed in time, however popular, can be allowed to override the human rights of individuals, and particularly the unconditional right of every individual to deviate from established community practice, to seek fundamentally to transform it, or even to leave the community altogether. Hence marriage without explicit consent of both parties is never acceptable, and the very idea of dishonour, whether or not it leads to violence, is abhorrent.
Furthermore, the practice of forced marriage is present in numerous confessional and cultural traditions across the world, though admittedly in varying degrees. The Freedom Charity and the UK Forced Marriage Unit have dealt with cases relating to 87 different countries, and there are growing numbers of cases in, for example, the Mormon community.

Prem’s work has helped to transform the political landscape. Five years ago when the charity was founded, forced marriage was largely absent from the political agenda. Last year forced marriage was finally made a criminal offence. This first conviction was secured this summer – against a man from Cardiff for making a woman marry him under duress. The next milestone would be a conviction against a family member guilty of coercion into wedlock.

But the struggle against forced marriage goes well beyond the legal sphere. The Freedom Charity set up the first 24-hour forced marriage helpline, and created an App offering help to both potential victims and their friends. Prem operates a tireless schedule of talks to pupils, students and members of the public, and distributes free copies of her book But it’s Not Fair. This work of fiction is aimed at friends of future victims, teaching them what to watch out for and what they can do. Victims themselves are often not aware of the danger until it is too late; friends are frequently the ones who raise the alarm.
There still remains much more to be done.  Freedom Charity operates from Prem’s kitchen table and though the charity has a good working relationship with the government (we watched a clip of Theresa May getting morphed into Prem in a promotional video about the criminalization of forced marriage), funding is all but non-existent. The charity is always on the look out for people with time, money or skills to donate to the cause.
The Beard Society are working to get a copy of But it’s Not Fair into as many libraries in Cambridge as possible. Whether you fancy picking up one of these as a lighter read to distract from your Tripos work, or you’d rather look through some general information about warning signs online instead, reading up on forced marriage is something I can’t recommend enough. 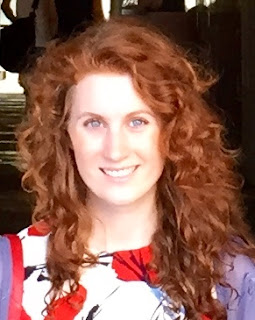 Articles including several personal testimonies: *please be aware that these articles contain graphic material and discussion of sexual violence*